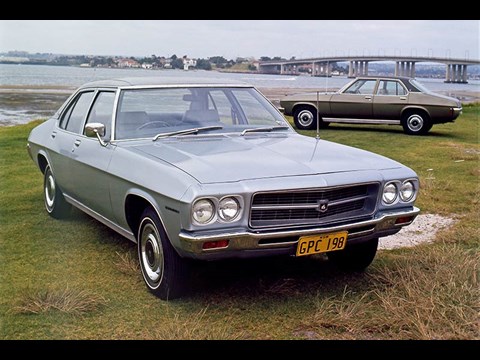 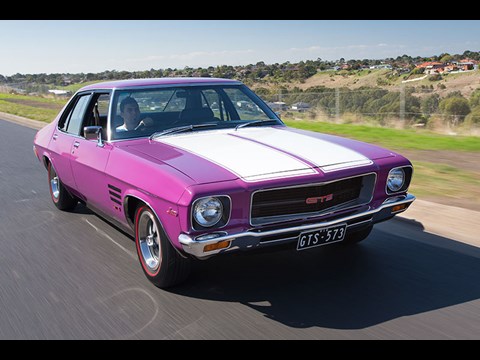 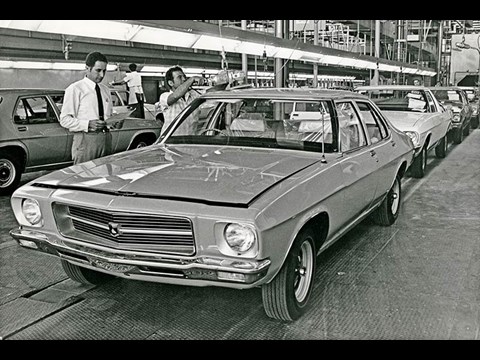 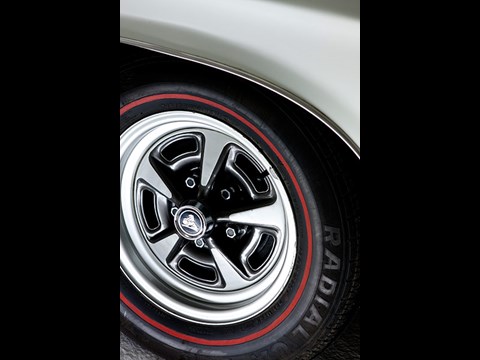 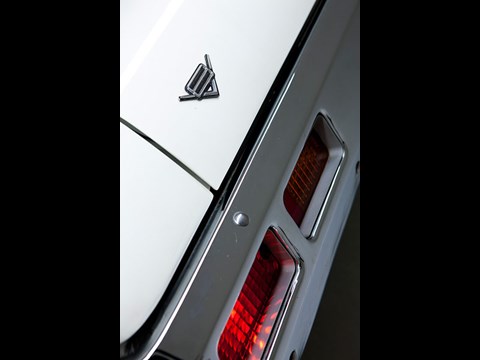 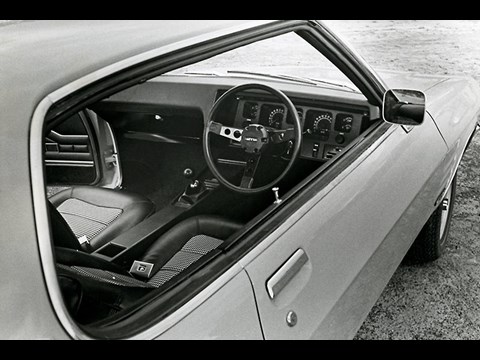 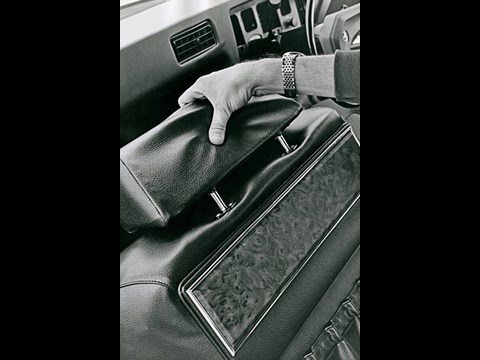 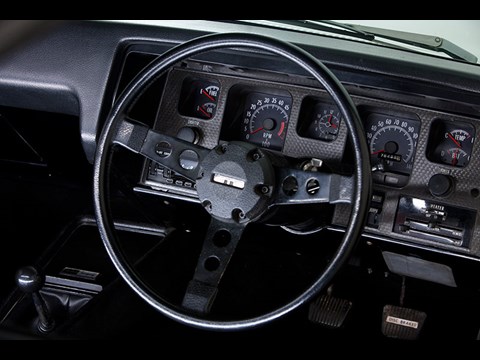 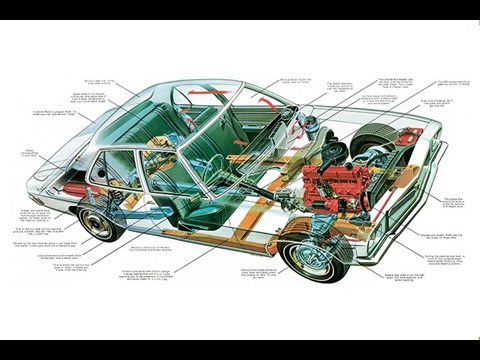 Holden had a red hot go when developing the HQ

The HQ was the most radically new Holden since the original 48-215 (‘FX’). Sure it had carryover engines and transmissions but virtually everything else about the model that made its debut in July 1971 was new.

While it was the last all-new Holden ever to conform to the parameters laid down for the 48-215 of low-stressed six-cylinder engine, three-speed gearbox with column shift, bench front seat, room for six adults and their luggage and minimal equipment, the design seemed to belong at least a class further upmarket.

Enormous thought went into this car, successor to the really quite ordinary HG. But unfortunately not all the key people involved in the HQ program were – as we say these decades later – on the same page. To say that this was a car designed by a committee is pretty close to the mark. 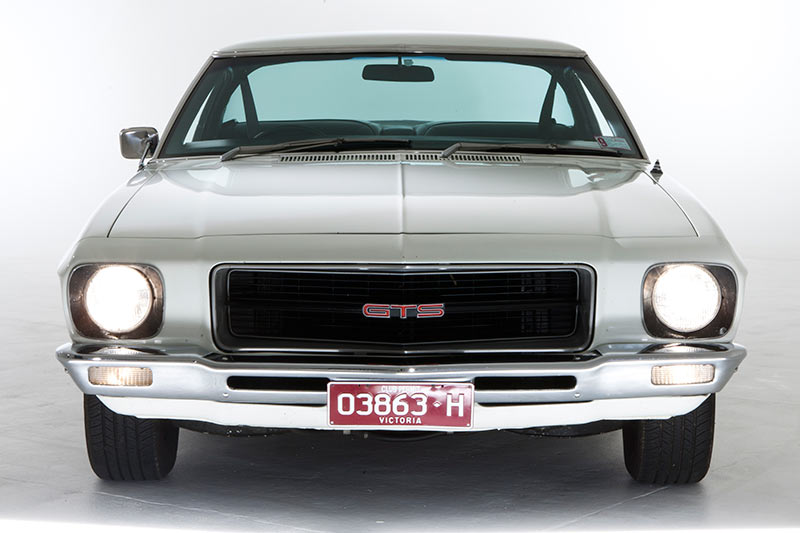 Let’s start with the design itself, the interior and exterior styling. The man in charge was American, Leo Pruneau. He shaped the most elegant car to be produced by General Motors anywhere in the world in the 1970s. Coming after the lacklustre ‘New Generation’ HK and its mildly facelifted HT and HG successors, the HQ might as well have been flown in from Mars. Where those previous models had been playing a catch-up game – and never actually catching up ­– to the ‘Mustang-bred’ XR, XT, XW and XY Falcons, Pruneau’s HQ was a true original. It showed international GM influence in its ‘W-shaped’ nosecone and the sides and the rear also had an unmistakable Detroit flavour, but the Holden was more balanced, understated and elegant that anything from Chevrolet, Buick or Opel. 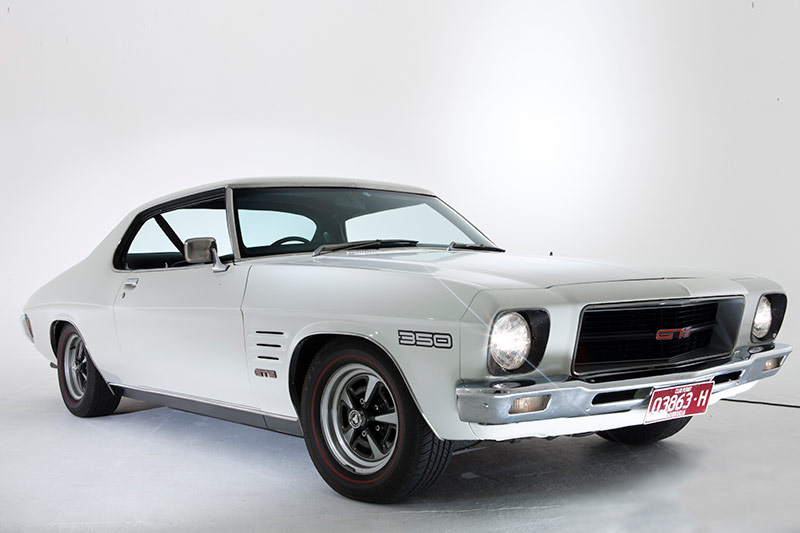 Beneath its beauty lay a much stronger emphasis on safety. These days cars have thick A-pillars to meet rollover crash tests but back in 1971 Holden boasted about the thinness of the HQ’s, which delivered perhaps the best forward vision of any car of its size in the world. Extensive crash-padding meant that the dashboard encroached too far into the front passenger’s space.

A front sub-frame helped to make the HQ much quieter and better insulated from the road than any previous Holden. Unfortunately, it was too insulated from the road, thanks to chief engineer, George Roberts, an American still in love with the ‘boulevarde ride’ with which he had been involved as chief engineer at Pontiac. Roberts insisted that the HQ Holden should ride like a Cadillac and be gifted with strong initial understeer as a kind of ultra-early warning that the car’s (low) cornering limits were being approached. Roberts liked to demonstrate a high speed manoeuvre which involved grabbing a heap of steering lock. The car went straight ahead. 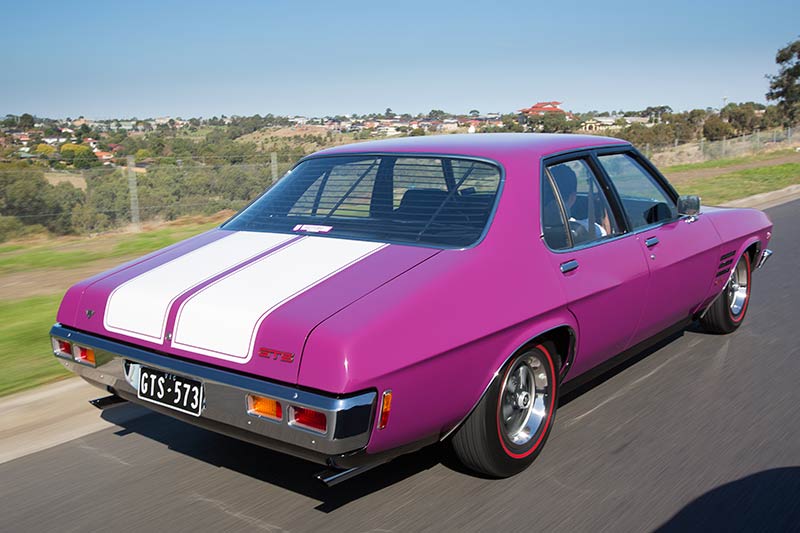 Roberts encountered resistance from some team members but always got his way. One positive that came out of the George Roberts era is that HQ/HJ/HX handling was so bad that the GM world intervened to fix the problem. Out from Opel came Chuck Chapman as managing director and Joe Whitesell as chief engineer and Radial Tuned Suspension followed in record time. Had the HQ been engineered this way in the first place, it would probably live in our memories as the greatest Holden ever for its time. When the HZ with ‘Radial Tuned Suspension’ arrived in October 1977, the basic design was more than six years old. 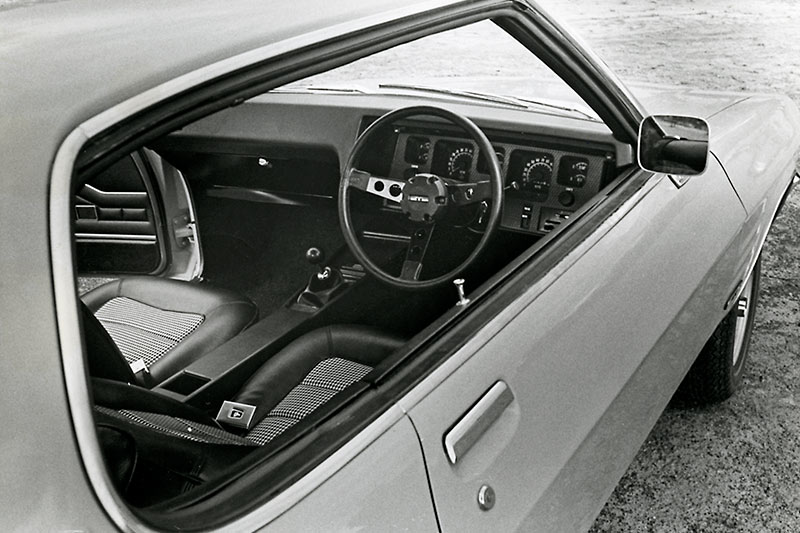 Peter Robinson, newly appointed editor of Wheels magazine was one of the HQ’s most vocal and disappointed critics. He knew that here was a great car spoiled. His road test of the gorgeously styled Monaro LS was headed: ‘Tragedy of a stylist’s dream’ and opens thus:

This story has been giving me a considerable heartache. All weekend I sat and pondered how to write it. The problem is: how do I tell it like it is without appearing vindictive towards GMH? Would strong criticism of yet another HQ Holden suggest bias?

So Robinson was greatly encouraged when he drove a Kingswood 253 V8 on Michelin ZXs at 28 psi all round: ‘…it was by far the most neutral handling HQ Holden we have driven and could be set up for very quick cornering without worrying about the front end ploughing off the road…’ 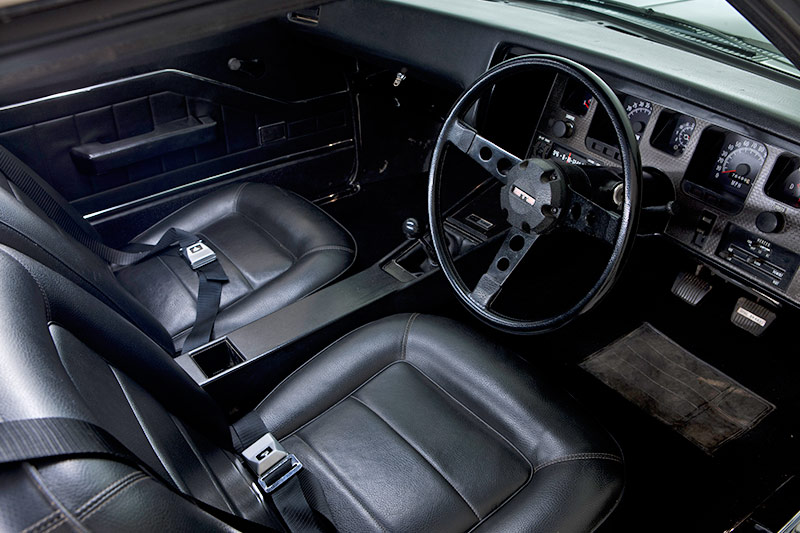 He contrasted this Kingswood with a GTS 308 V8 four-speed Monaro driven during the same period:

On paper most enthusiasts would have picked the Monaro as being by far the better car. Not so. The Kingswood was more comfortable, almost as quick in a straight line, handled better and was at least as good in the roadholding department. It was pleasant to drive and astonishingly quiet with an excellent ride on all but the roughest roads.

The conclusion? ‘Good tyres, disc brakes and automatic transmission, even for the 202 engine, make all the difference.’ 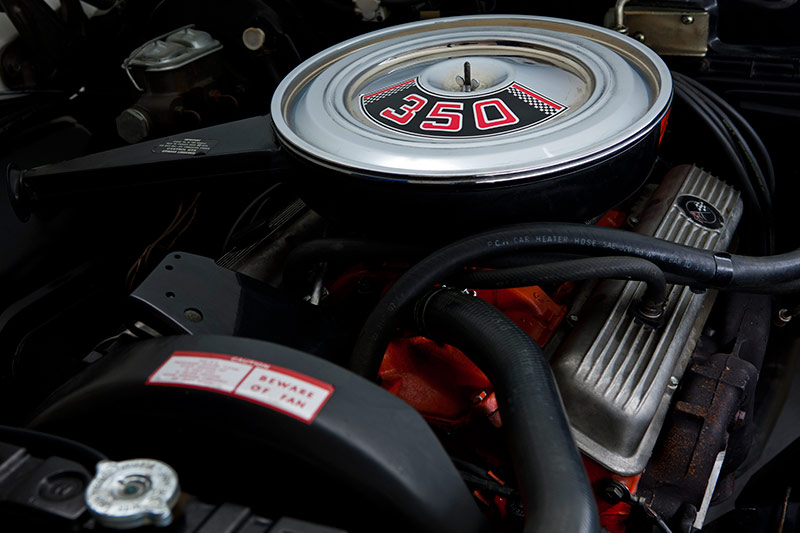 Probably no other automotive manufacturing company in the world boasted as many variants all built on the one platform as the HQ. There were sedans, coupes, wagons, utes, the One Tonner truck and limousines. Their longer wheelbase made the wagons even more versatile than their predecessors.

One standout HQ was the Belmont-based SS, released in August 1972. This was a bargain-priced sports sedan testing the market for the forthcoming GTS/4 Monaro sedans.

The HQ Holden was brilliant in several ways. Yes, the ride was superb and it took the rough with the smooth better than any other car with the exception of the Peugeot 504. And, like the 504, the HQ Holden was enormously rugged. 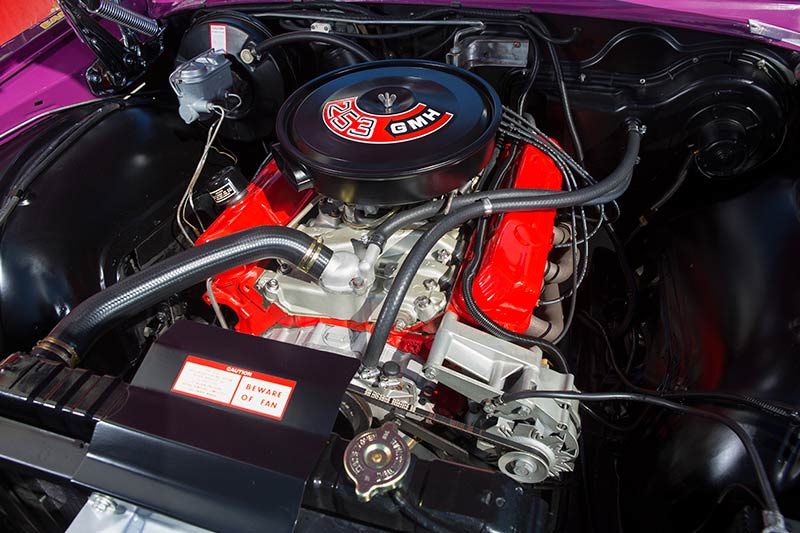 As the HQ racing series showed, it was not all that difficult to make these Holdens handle in a tidy fashion. The irony is that all that racing accounted for a very high percentage of surviving HQs.

History has largely rehabilitated the HQ. In the classic car market, sharp dynamics rarely count. Instead, the car’s beauty and the fact that it embodies the Australian automotive industry operating in its prime with all the economies of scale that entailed, see it more highly sought after than the models preceding it and coming afterwards. 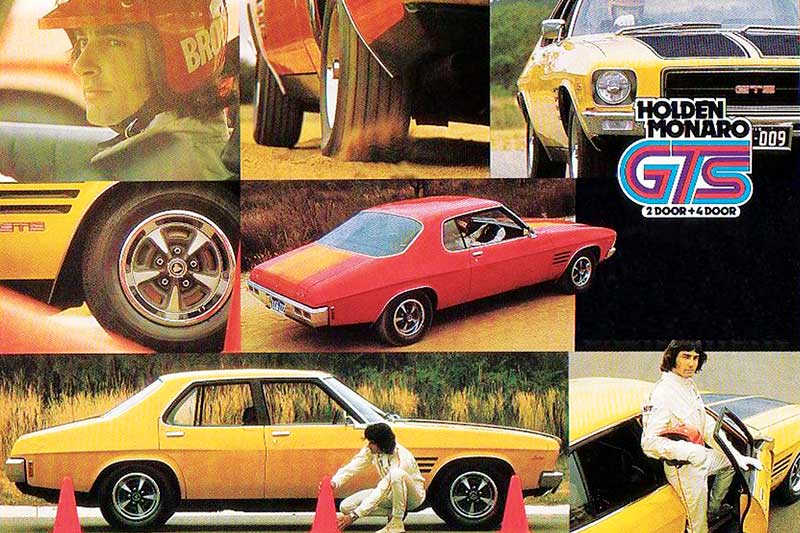 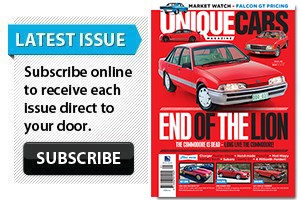