The real Bullitt Mustang is up for auction

This could turn out to be the world's most valuable Mustang

The main one of two Mustangs used by Steve McQueen's character in the 1968 action movie Bullitt is to hit the auction block at Mecum's Jan 2-12 Kissimmee sale, in the USA in 2020.

Painted in Highland Green, the 390 GT fastback has spent most of its life hidden away in a family shed.

It was bought by Bob Kiernan in 1974 as a family car. While it was listed in Road & Track as the former McQueen movie car, this was a time when there was little interest in such things. It was listed as having 19,000miles on the clock, had new tyres and was available for 'best offer'.

Evidently it was used as a daily driver for around five years, until it developed clutch troubles. The car was garaged in 1980 and the family's vague plans to revive it came to nothing.

While interest in its where-abouts grew over the decades, it remained a mystery for over 40 years. That was until Sean Kiernan, son of Bob, publicly revealed its existence at a car event (the launch by Ford of the 50th anniversary Bullitt Mustang) in January 2018.

This is how Mecum describes it: One of just two Mustangs used to fill the role in the 1968 action/thriller Bullitt, named after main character Lt Frank Bullitt played by McQueen, this car was the film’s hero car and was driven by McQueen in countless scenes throughout the movie, including in the infinitely famous car chase scene, which went on to become the most influential car chase scene in all of film history. 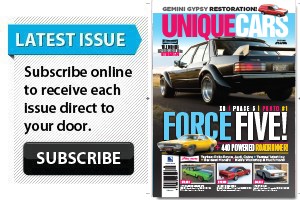