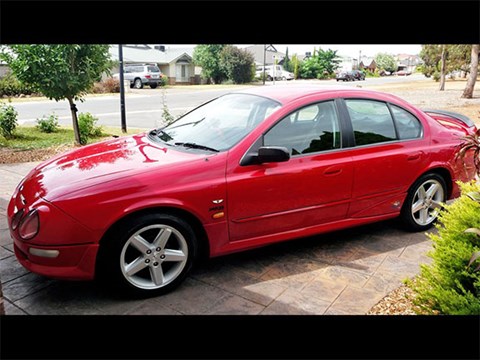 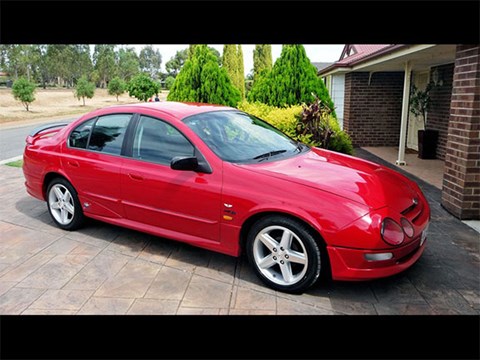 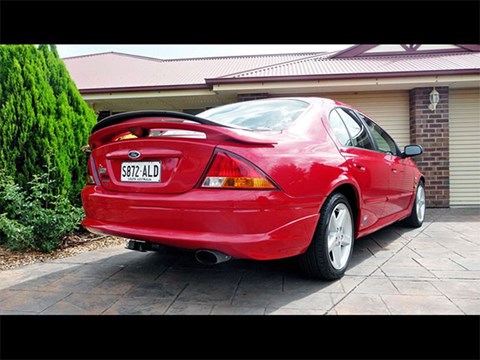 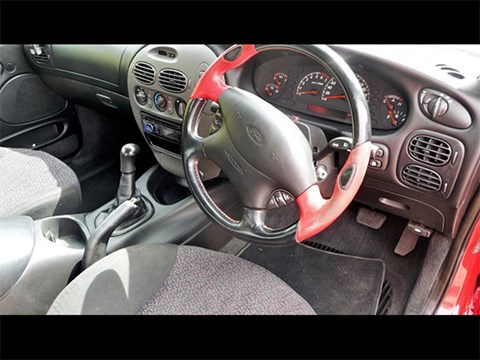 Is there a more iconic Ford Falcon than the AU? Probably, but still, the AU Falcon was a pretty memorable car from the blue oval.

Polarising in some instances, the aesthetics are still questionable to this day, and there were some small reliability issues early on.

However, the Tickford-tuned AU XR cars, distinctive thanks to their quad-headlight arrangement, were at the very least far better looking than their regular counterparts.

The performance range-topper for the standard Series 1 AU Falcons, the XR8, with the optional full Tickford bodykit complete with bi-wing rear spoiler was if nothing else, distinctive.

Powered by a 5.0L ‘Windsor’ V8 that pumped out a respectable 185kW and 412Nm of torque, the XR8 was no slouch and easily held up against the competition from Holden.

This particular XR8 is a Series 1 with a mere 150,000 kilometres on the clock from new, and has the optional Tickford bodykit with preferable 5-speed manual gearbox. In addition, the owner says the car has a full service history and even retains the original Tickford Momo steering wheel.

Anyone interested in this four-door V8 bruiser can view the full listing here, and if you are in the market for an AU XR8, don’t forget to check out our buyers guide. 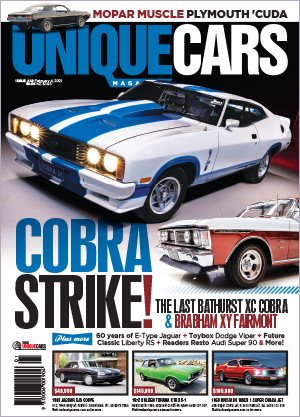 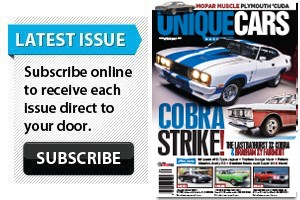